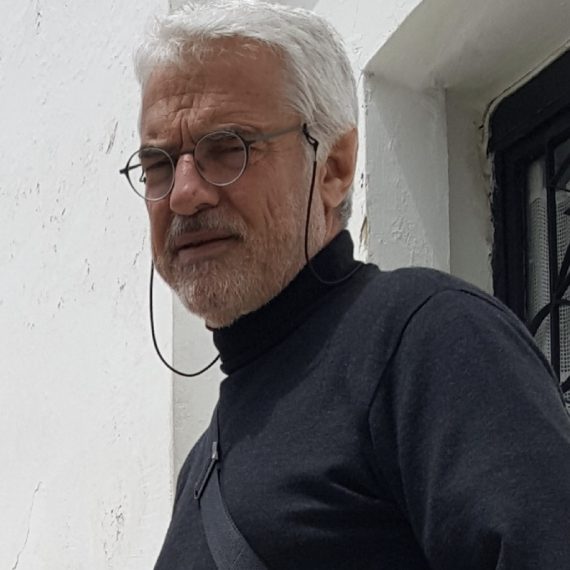 Konstantinos Lalenis (M.Eng., PhD) is a Professor in the Department of Planning and Regional Development, University of Thessaly, Volos, Greece. His specialization is in Urban Planning and Urban Governance. He was awarded for Excellence in Teaching by AESOP, and for Academic Excellence by the Greek Ministry of Education. Current research interests include participation and governance issues, planning law and institutional frameworks, strategic planning, and in the use of blockchain technology in urban planning, within the frame of urban resilience.

Invitations for lectures at international conferences

EMPLOYMENT IN PRIVATE AND PUBLIC SECTOR

Evaluations, membership in steering and managing committees, and/or special consultant

2.Ministry of the Environment and Energy

«Elaboration of a legal framework for the environmental management of the areas of dense urban clusters». K. Lalenis: member of the appointed working team. January – June 2018.

3.Ministry of the Environment, Energy, and Climate Change

«Elaboration of a legal network concerning Regional and Urban Reform”. K. Lalenis: member of the appointed working team. March 2013 – May 2013.

“Fostering knowledge about the relationship between Information and Communication Technologies and Public Spaces supported by strategies to improve their use and attractiveness (CYBERPARKS)”. K. Lalenis: regular member of the Greek Steering Committee. May 2014 – May 2018.

Expert Evaluator of proposals for the island of Limnos, Greece. 1998.

“Urban Regeneration, re-use of structures, and business/development plan for the tobacco warehouses of Drama, Kavala, and Xanthi, Greece, with the use of Blockchain Technology”. K. Lalenis: Scientific Responsible and Principle Coordinator. Research funded by the Green Fund, Greece. Budget: 142.600,00 Euros. June 2020 -…

«Elaboration of: a) a text of Political Declaration with subject: ”Democracy and Space: the role of public participation in the sustainable spatial planning of Europe”, and b) a guide of public consultation and participation». K. Lalenis: Scientific Responsible and Coordinator. Subtask 5 of the Task of the Operational Programme “Environment” A.A. “Actions concerning education / information of the public and relevant public organizations, for the implementation of the environmental policy of the Ministry of Planning and the Environment of Greece (environment, climate change, energy, spatial planning, and urban environment) for the period 2012-2015”, for the Greek Presidency of the European Council (CEMAT). Budget: 24.000 €. April 2014 – September 2014.

LIFE project about the spatial distribution of air polluters in the prefecture and the investigation of their characteristics, using biological methods. Lead partner: Panteion University of Greece. Scientific manager: P. Loukakis. May 1998 – December 2000.

Announcements in scientific conferences without proceedings

Self – contained Volumes of Research Programmes